What a Leader Says, Happens 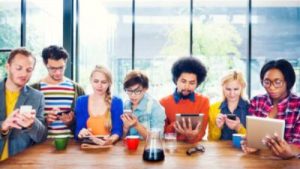 As the millenials enter the work force and become voters it’s becoming increasingly obvious to me that they will be known as the Disruptor Generation in all senses of the word.

In their formative years millenials experienced not ONE but TWO of the most disruptive events in modern history – the 9/11 attacks and the Great Recession. Even the two main “change” events for us Baby Boomers – the assassination of John F. Kennedy and the social revolution of the 60’s – left us less with a sense that we had to completely disrupt the existing order as the feeling there was evil in the world that had to be vanquished. An attitude that Ronald Reagan captured so well and used to great political advantage.

Many millennials seem to be turning their backs on just about everything the rest of us hold near and dear – history, fact-based logic, social cohesion, hard work, personal independence, and on and on. They even have an improbable champion in an aging Baby Boomer who has pounced on this sentiment and made it a mainstay of of his campaign: Donald Trump. You can say what you want about him but he is the Great Disruptor for a generation that has seen many of our values upended, never to return.

Who needs an education when a 24 year-old Harvard dropout becomes a multi-billionaire in just a few years? Why toil at a meaningless job for a boss who demands you work hard for little pay when you can live at home, find multiple investors willing to fund your idea for a company and like-minded souls to work for you and buy your products and services? Why talk to people when you can have all your emotional, psychological, sexual and financial needs taken care of by a computer or telephone screen? Why vote for political competence and experience when an upstart politician promises a world that is more in line with what the millennials want?

All I hear from the Baby Boomer generation are a lot of complaints that the millennials are a GREAT BIG PROBLEM. Unfortunately, but they are not the problem; we are. It’s our mindsets, our fears as well as the unwillingness and inability to believe that disruption is ultimately natural and a force for good. We refuse to take disruption on and apply it to ourselves and our businesses and wonder why things aren’t going as well as we want them to. Even great thinkers like Clayton Christensen tell us that technological disruption has improved mankind’s lives immeasurably.

Think of all the time and money we spend trying to make disruption more palatable to us instead of embracing it and making it our own. We shell out billions of dollars annually to pay consultants to handle the dirty task of disrupting leadership and management teams in moments of crisis to ensure the sustainability of our organizations, employees, suppliers and customers. We give up millions of hours of our very full days to sit down with psychiatrists, self-help groups and gurus, priests, rabbis and ministers to calm ourselves down when death, divorce and other life-altering events disrupt our lives.

I’m no different and I’m certainly not a fan of the Donald who has wantonly kicked the daylights out of everything I believe is good and true. But he has produced THE sound bite for the new millenium: “What do you have to lose?”

This entry was posted in Uncategorized. Bookmark the permalink.

The Biggest Risk to an Executive’s Career? Not Having a Plan (VIDEO)

Are You Insane? The Reality of Life as an Entrepreneur (VIDEO)

How to Create Your Personal Vision of Success (VIDEO)